Links From the College Basketball World 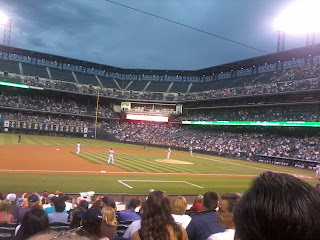 Hit up the Rockies/Braves game last night, and didn't have as much time as I thought to write a post... so instead, I will post some links of interest from around the NCAA, because there are occasionally things that happen in the NCAA outside of the Big Sky... (if you're into that type of thing)

- I'll have more about this in the coming week or so... but the Idaho Sports Journal makes a quick breakdown of the Idaho St. schedule that was released this week (first glance: one of the best schedules I have seen from a Big Sky team so far).

- Craw's Corner looks at one of the less heard of coaches in the country, George Nessman at San Jose St. It is good to see when schools are patience, reward good work, and do not demand impossible things from their employees/coaches.

- As followers of the Big Sky, we have to support other mid to low major conferences... which is why I implore you to go read Rush the Court's summer update on the Ivy League. (Hint: Harvard should be pretty darn good this year).

- Searching For Billy Edelin writes an excellent article on why the CBS Sports college basketball blog (the same one that broke the Salinas story) is poised to dominate college basketball coverage online. It is hard to argue when you look at their stable of writers which is, in a word, awesome. I will let SFBE describe:

Even without Goodman, who was often under-utilized by Fox Sports, Eye on College Basketball already had the muscle in place to outwork and outpoint its competitors. That's the scary part. With him in tow, however, there's no telling just how high this blog can soar. Norlander's versatility, Borzello's recruiting knowledge, Parrish's rock-solid perspective, and Goodman's endless string of connections create a concoction that could literally blow college basketball fans away this season.

If that is not already one of your first stops for college basketball news, it should be.

- If LSU is going to get back to being a good team, they will need freshman Johnny O'Bryant to be a star. If he has his way, he will star for just one year before he takes off for the NBA. (from The Dagger)

Let me know if there are any links out there that should have caught my eye...
Posted by Jon at 12:00 AM