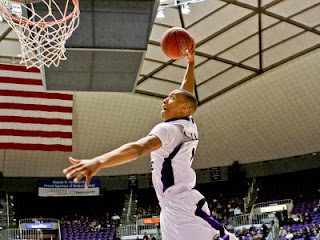 The Big Sky released their preseason rankings of both the coaches and media, and no surprise as Weber State was ranked 1 in both polls.

The media and coaches both selected the Wildcats as an overwhelming favorite in the preseason polls, released on Wednesday. This is the fourth straight season Weber State has been selected by the coaches and media as the preseason favorite.

Four straight years of being the top, but Randy Rahe has not had a lot of postseason success during that time. The onus will be on him to deliver, because on paper they have the most talented team in the Big Sky. Here are the full rankings:

A few notes from it:
- It is no surprise that Weber State and Montana are the clear 1 and 2. I have been saying all along that these two are the premier teams in the Conference and the two I have at the top.
- Northern Colorado at three, and getting a vote for #1 in the media poll is a head-scratcher, to be honest. Not to put them down, because they have talent, but I don't see how there is any objective way that they should get a vote for #1. I would love to hear a rationale for that from whoever made that vote.
- Likewise, seeing Eastern Washington down at 6 in the media poll seems low to me. I think the coaches have them pegged a bit more correctly.
- I would be curious if Northern Arizona's spot would change at all based on the injury to Gabe Rogers. I am guessing that would knock them down a bit in the media poll.
- Interesting to me that Montana State is ranked as 7 in both polls. That could be right, but I think they have some solid upside.

In the interest of full disclosure, I submitted my picks for the media poll, and here is the order I went with (and my projected standings):

Would love to hear feedback on what everyone thinks of the polls.