Some Thoughts on Lamont Prosser 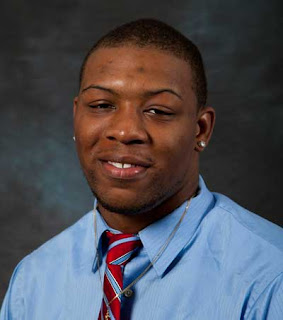 Portland State recently got a commitment from Lamont Prosser, a 6'8'', 275 pound JUCO forward. He plays at Sheridan College in Sheridan, WY.

Last year as a freshman he averaged about 12 PPG and 7 RPG, shooting a solid 54% for the year. Solid numbers for a freshman anywhere, even a junior college in Wyoming.

He also put up good numbers at prep school, with about 17 PPG, 12 RPG, and over 2 blocks per game. As important, he appears to be a solid guy whose character has drawn the praise of his coaches.

From all accounts he has good footwork around the basket and soft hands, which (along with his strength) allows him to be an effective inside scorer. His height and weight suggest that he can take up some space down low, which is an effective asset as long as he stays in shape.

A Twitter profile called RecruitDirt had this to say about Prosser:

Lamont Prosser from Sheridan JC commits to Portland St 2 days ago...did anybody relay this to the world???...kid is a Top 5 juco player!...

All in all, Prosser seems to be a nice signing for the Vikings. He is a little bit under the radar, but space eaters down low that can score around the basket and rebound their share are quality assets in the Big Sky. With Chehales Tapscott exhausting his eligibility after this season, it was important for Coach Geving to get a big man, and Prosser appears likely to be able to step in and play right away.
Posted by Jon at 4:02 PM