Three games on tap this evening, and each becomes more important than the last. A look at the three games on tap, in a special edition of Wednesday night conference play in the Big Sky. 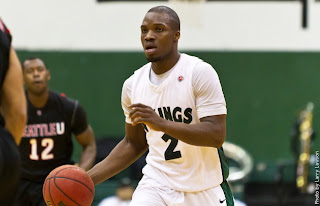 Sacramento State @ Portland State
This is a must win for the Hornets if they want to remain viable contenders to make the Big Sky tournament. Such is the hole they dug after starting 0-8. Portland State has to see an opening for third place. Currently Idaho State is 7-6, while Montana State likely is out of the running for third. With a win, it is right there for the taking for the Vikings. This should be a competitive game because the Hornets are still playing well, but the Viks will be tough at home with a lot at stake. PORTLAND STATE 75, SACRAMENTO STATE 70

Weber State @ Montana State
This was a tough game for Montana State even before the Xavier Blount Situation, now, it looks dire for the Bobcats. Weber State is playing well, and they are a tough matchup for the Bobcats. MSU is suddenly thin in the backcourt, which is not a good thing when you are facing Damian Lillard. I can't see MSU generating enough points or stops in this game. WEBER STATE 81, MONTANA STATE 66

Northern Colorado @ Eastern Washington
This is the biggest game of the night, as EWU leads UNC by half a game for the sixth seed, which of course is the final seed that qualifies for the Big Sky tournament. Northern Colorado played well this last week against Montana, and had a very nice comeback win over Montana State, but things could be a bit tougher on the road. EWU is one of the most athletic teams in the Big Sky, which tends to give the Bears a bit of trouble. Ironically, it could be an Eagle that would fit perfectly in the Northern Colorado offense that could be the difference, as Parker Kelly has been on a roll lately. EASTERN WASHINGTON 72, NORTHERN COLORADO 67