We have another guest post from MP, who last posted on Northern Colorado. He uses the Craig Ehlo situation to go deeper into a very interesting topic. I found his post very compelling and interesting, and I think you will too. 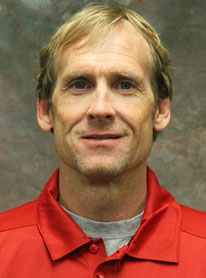 A bit of controversy was created this weekend when Eastern Washington assistant coach Craig Ehlo abruptly left the Eagles program to take the same position with the Cleveland Cavaliers, the franchise in which he played for eight seasons and was made most infamous for his role in Michael Jordan’s clutch buzzer-beater in the first round of the 1989 NBA Playoffs (“Shot over Ehlo… GOOD! The Bulls win!”).

Only, Ehlo ended up not getting the job after interviewing with the team. That was awarded to Nate Tibbetts, coach of the D-League’s Tulsa 66ers (UPDATE: My man Jonathan Reed updated the story after talking with Eastern Washington Head Coach, Jim Hayford) But many people in not only the Spokane/Cheney area, but the Big Sky landscape in general, were rubbed the wrong way with Ehlo’s (prospective) departure from the team. And that leads to a philosophical question that goes beyond the X’s and O’s: When is it okay for a coach to leave a program?

Obviously, Ehlo’s situation came with extenuating circumstances. Because of the NBA lockout, the void left on the Cavs’ coaching staff wasn’t able to be filled until the first week of December, when college basketball’s regular season has been underway for nearly a month.

But this tale is the latest addition of a long line of coaches who left their gig to pursue greener pastures.

Being connoisseurs of mid-major basketball leaves us fans in a difficult spot. We know that with long-term success, our coaches will leave for a more high-profile job that gives out bigger paychecks. For some reason, this bothers many fans of small-college basketball.

Fans of the conference need to take a long, sobering look in the mirror and tell themselves who we really are as a league.

To paint an analogous picture, think of major conference basketball as the corporation, like Wal-Mart. Wal-Mart can offer the best deals (major conference coaches get a better deal on their contract). Wal-Mart is well-known across the country and it is a high-dollar industry (the same can be said for major conference programs).

The Big Sky is like the small, locally-owned Mom-and-Pop store on the corner. We don’t have the resources to give the customer as good of deals as the corporation (our coaches make far less money). But our product is seemingly more pure and involves a more homely atmosphere to the customers. We have to draw on the fact that our atmosphere will be enough to keep the customers coming back (the coaches as the customers).

But, be real with yourself. You might try to stick with the Mom-and-Pop store for awhile, and hope to create some real profound relationships with the people there, but when you know that your wallet is going to be much fatter if you transition your shopping to Wal-Mart, you’re eventually going to do it.

Look, I don’t like it either that our coaches leave for the bigger stage, but that is who we are as the Big Sky. Coaches of our programs say all the time that this place (insert Big Sky School here) is the place they want to coach forever. What are they supposed to say? That once a big-time program that can pony up a much richer contract gets offered to them, they are going to jump ship? They aren’t lying; they’re just dancing around the cold, hard reality of the situation.

Some people in Greeley were hurt when hometown hero Tad Boyle left Northern Colorado to take the job down the road in Boulder with the University of Colorado. Yeah, it was a sobering feeling to lose the coach that single-handedly guided the program out of the doldrums to the precipice of NCAA Tournament glory, but it didn’t take a ton of persuading as to why the coach did it when it became known that Boyle was set to make a base salary of $590,000 in Boulder, up from the roughly $100,000 he was getting from UNC.

A lot of folks got on their soapbox and said it was wrong for the coach to leave his team that was on the edge of major success, crying out that Boyle abandoned his players that he recruited. But everyone forgets he was about to make six times the amount of money he was getting from his previous paycheck.

So for those people who were admonishing Boyle’s decision, I want to ask them: What if YOU were offered a job that increased your pay by six times the previous amount? If you had the chance to obtain more resources to provide your family with?

It would be irresponsible to not only yourself, but to your family to not strongly consider the opportunity.

In sports, we hold our popular figureheads--such as coaches--with a higher regard than any other regular human being. We have different standards based upon the way that they should conduct themselves on and off the floor. But we forget that these guys are just like you and me, trying to earn enough dough to support their families.

Sure, Craig Ehlo’s situation is different on many levels from the regular coach leaving for a more high-profile job. And yeah, Ehlo has made good money stemming from 15-years in the National Basketball Association, so getting paid is not the focal point of the issue at hand. But this latest story brings much-needed attention to the issue of a coach taking a “step-up” in his profession.

And the next time the coach of your favorite school leaves to accept a higher-paying job, you will understand as a human being instead of as a fan, won’t you?