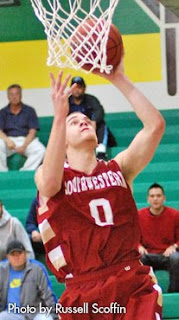 Back when I previewed Sacramento State's recruiting class, I had this to say about big man Anthony Cosentino:

They also signed 3 JUCO guys. One of them is Anthony Costentino, who is 6'7'' and played at Southwestern College in Chila Vista, CA last year. He was named the conference MVP both of his years there, and last year put together a line of 18.7 PPG AND 6.9 RPG. He is dangerous from everywhere on the court, as he shot a respectable 38% from beyond the arc. “Anthony is very versatile player who has perimeter skills and can go inside and post up,” says Brian Katz. “He comes from a basketball family and has grown accustomed to winning at every level he has played.” He figures to be in the mix for playing time at the 3/4.

Apparently all of that is for not, as he has quit the team, according to Sac State Sports.

Anthony Cosentino quit the Sacramento State Men’s Basketball team this week prior to the team’s exhibition against Simpson University.

Hornets coach Brian Katz said it came as a surprise and he was unsure of the reasons behind Cosentino’s decision.

“He never spoke with us,” Katz said after the exhibition Wednesday night.

Apart from the fact that it has to stink to lose what looks like a capable player right before the season, it seems strange that Katz would have no idea what happened or the reasons behind it. Sacramento State fans have well documented all of the defections over the past few seasons for the Hornets, and this is another one to add to the list.

Sacramento State likes to tout the fact that Katz has graduated all of his players, but when you look at the list of guys that have left the program early... a list that now included Cosentino, a junior college transfer that left the program before ever playing a game for Katz, that graduation claim seems a little bit hollow.