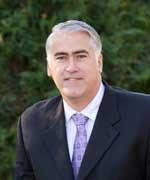 From Montana's official site, it appears that the Grizzlies and Coach Wayne Tinkle are in talks to extend his contract for three more years.

“We’ve been visiting with the president about it and he has some ideas, I have some ideas and Wayne has some ideas,” O’Day said. “We’re just trying to put it all together. It would be another three-year extension.”

A new deal has been in the works ever since Fresno State interviewed Tinkle for its vacant head coaching position last spring. That job would have paid Tinkle in the neighborhood of $500,00 a year.

With the Grizzlies looking to be near the top of the Big Sky, it is likely that Tinkle will continue to get looks from other teams as he did from Fresno State this offseason. That is why it is imperative that they can get something done. As we all know, a contract extension doesn't necessarily mean that a coach is staying, but it certainly helps.

Tinkle has continued Montana's winning tradition, and the Grizzlies have been a consistent winner under his watch, as he has a 91-64 record. Hopefully he is in the Big Sky Conference for a long time.